Israeli thermal imaging technology designed to track terrorists and defend borders is getting a new incarnation — helping doctors get a clearer view of what is happening in patients’ bodies.

Sheba Medical Center has signed a new agreement to repurpose thermal imaging technologies that were previously reserved for military and security purposes. The agreement was signed this week between Sheba and Opgal, a subsidiary of Elbit Systems.

Thermal imaging is used to a limited degree in healthcare, but Sheba’s Dr. Boris Orkin told The Times of Israel that the new arrangement could lead to advances that help make the technology as commonplace as stethoscopes.

“Thermal cameras can become as widespread as stethoscopes, and there could well be devices in the pockets of every doctor,” said Orkin, director of Sheba’s Surgical Innovations Center, which will be developing new uses for the tech, told The Times of Israel.

He said that thermal cameras have the potential to help with a range of challenges in human imaging, including helping doctors get a better sense of physiological processes going on in the body based on changes in energy and heat in the body, as displayed on a digital screens. 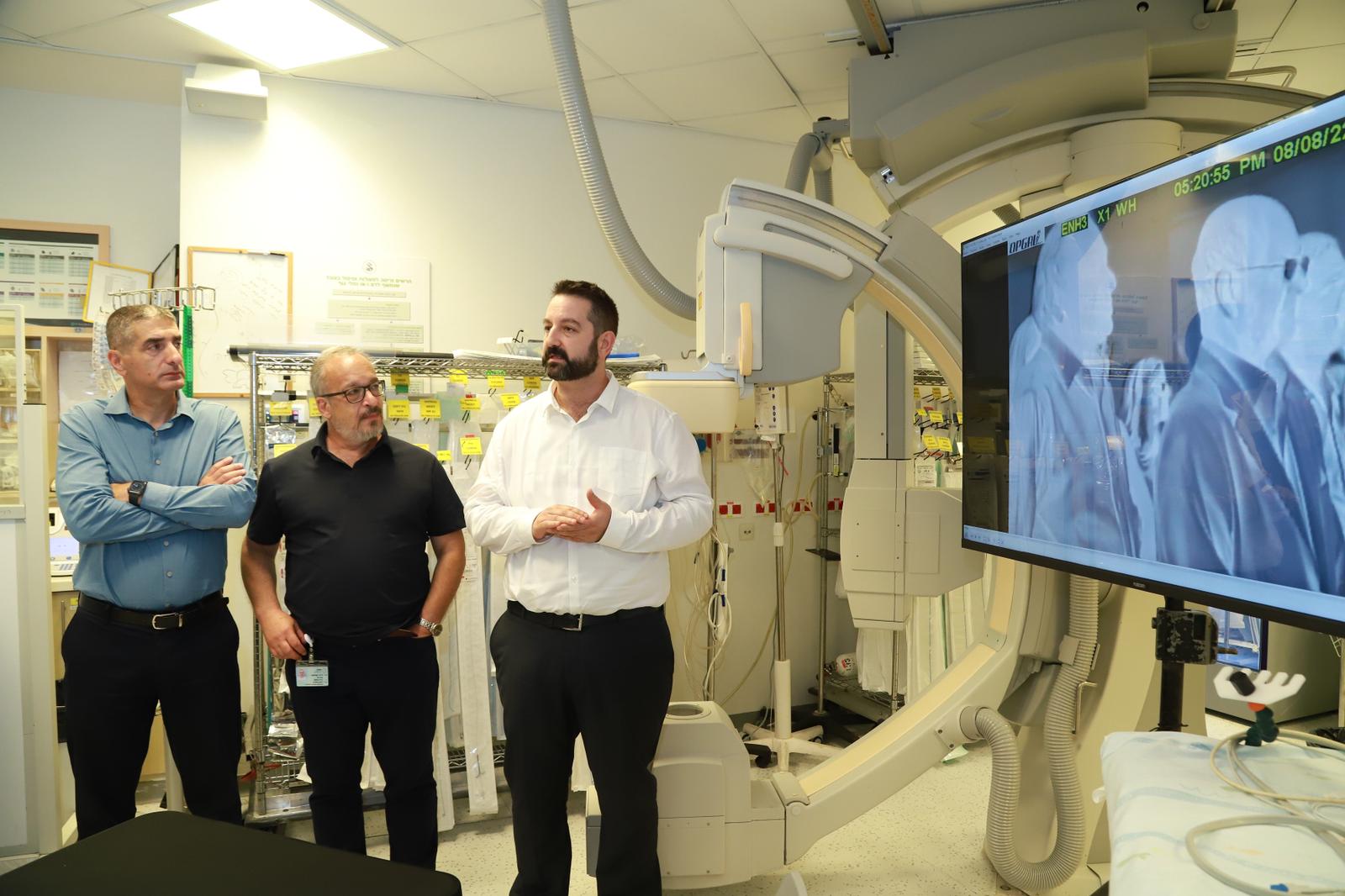 Orkin said that used in a medical setting, this technology can be used for lots of purposes, including helping doctors and surgeons accurately identify the movement of blood vessels and presenting a clear picture of carbon dioxide being emitted by exhalation.

Elbit is one of Israel’s biggest defense companies, and Orkin said that opening up the considerable thermal imaging technology of one of its subsidiaries for repurposing could give rise to “major advances” in healthcare.

Tsachi Israel, CEO of Opgal, commented: “Thermal technology, which until now has helped pilots take off and land, and soldiers on the battlefield identify threats and targets, has the potential to help medical teams worldwide to see the invisible and make more accurate diagnoses,” adding that he hopes to work with Sheba to “innovate in order to save lives, and prevent suffering for many patients.”

Supporting The Times of Israel isn’t a transaction for an online service, like subscribing to Netflix. The ToI Community is for people like you who care about a common good: ensuring that balanced, responsible coverage of Israel continues to be available to millions across the world, for free.

Sure, we’ll remove all ads from your page and you’ll unlock access to some excellent Community-only content. But your support gives you something more profound than that: the pride of joining something that really matters.

Join the Times of Israel Community

We’re really pleased that you’ve read X Times of Israel articles in the past month.

That’s why we started the Times of Israel ten years ago – to provide discerning readers like you with must-read coverage of Israel and the Jewish world.

So now we have a request. Unlike other news outlets, we haven’t put up a paywall. But as the journalism we do is costly, we invite readers for whom The Times of Israel has become important to help support our work by joining The Times of Israel Community.

For as little as $6 a month you can help support our quality journalism while enjoying The Times of Israel AD-FREEas well as accessing exclusive content available only to Times of Israel Community members.

thank you,
David Horovitz, Founding Editor of The Times of Israel